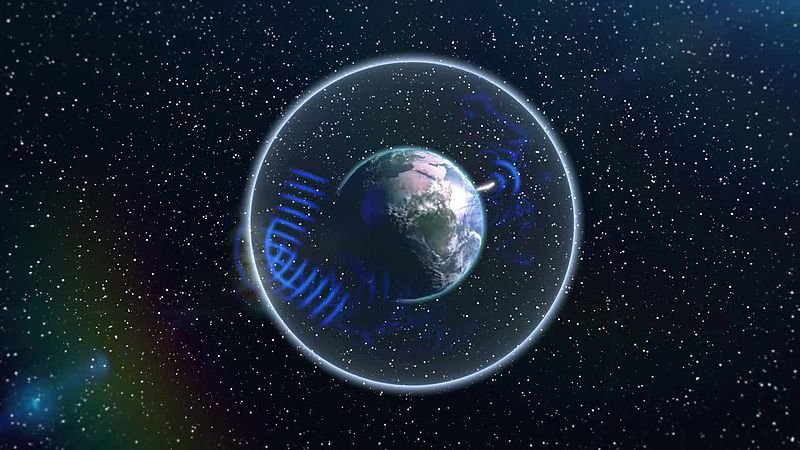 The law of biogenesis states that life cannot be created from nothing, it is always life that creates life. This profound statement can begin a series of questions into the scientific unknown relating to who or what created human life.

“Omne vivum ex vivo – all life is from life”

In 1952, German physicist Professor W.O. Schumann of the Technical University of Munich began attempting to answer whether or not the earth itself has a frequency –a pulse. His assumption about the existence of this frequency came from his understanding that when a sphere exists inside of another sphere there is an electrical tension that is created. Since the negatively charged earth exists inside the positively charged ionosphere, there must be tension between the two, giving the earth a specific frequency. Following his assumptions, through a series of calculations he was able to land upon a frequency he believed was the pulse of the earth. This frequency was 10hz.

It wasn’t until 1954 when Schumann teamed up with another scientist (Herbert König) and confirmed that resonance of the earth maintained a frequency of 7.83 Hz. This discovery was later tested out by several scientists and confirmed. Since then The Schumann Resonance has been the accepted term used scientifically when one is looking to describe or measure the pulse or heartbeat of the earth.

Even though the existence of the Schumann Resonance is an established scientific fact, there remain few scientists who fully understand the importance of this frequency as it relates to life. In the 1920’s another German scientist, Hans Berger, built an EEG machine himself which led to the first ever recording of frequency transmitted by the brain. While this was a profound discovery on it’s own, it is when we link it to the Schumann resonance that we see an even more profound truth.

Dr. Anker Mueller, a colleague of Hans Berger, stumbled across Schumann’s published research results in the journal `Technische Physik.’ Upon reading Schumann’s results about the earths frequency, Dr. Anker Mueller was astonished to discover that the frequency of the earth was an exact match with the frequency of the human brain. Herbert König who became Schumann’s successor at Munich University, discovered and further demonstrated a clear link between Schumann Resonances and brain rhythms. He compared human EEG recordings with natural electromagnetic fields of the environment (1979) and found that the main frequency produced by Schumann oscillations is extremely close to the frequency of alpha rhythms.

Natural electromagnetic processes in the environment (I-IV), human EEG readings in comparison. Schumann oscillations (I) and the EEG a-rhythm, as well as locally conditioned fluctuations of the electric field (II) and the EEG d-rhythm, show a noticeable similarity in their temporal variation. – Herbert König, 1979

Research carried out by E. Jacobi at the University of Dusseldorf showed that the absence of Schumann waves creates mental and physical health problems in the human body. Professor R.Wever from the Max Planck Institute for Behavioral Physiology in Erling-Andechs, began a study where he built an underground bunker that completely screened out magnetic fields. He then got student volunteers and had them live in the bunker for four weeks where they were hermetically sealed in this environment. Throughout the four weeks, Professor Wever noted that the student’s circadian rhythms diverged and that they suffered emotional distress and migraine headaches. Considering that they were young and healthy, no serious health conditions presented -which likely would not have been the case with older people or people with compromised immune systems. Wever then added the Schumann frequency back into the environment and the results were astonishing. After only a brief exposure to 7.8 Hz (the frequency which he had been screening out), the volunteer’s health stabilized. This demonstrated a direct link between humans and their connection with the pulse of the earth. This was later confirmed in 2011 by Luke Montanye who stumbled upon a discovery during research of water memory.

We go back to the statement that all life must come from life. This life was always believed to come from material forms like egg and sperm or spore and cell division. The professor showed that DNA sequences communicate with each other via frequency. Further, he was able to show that the frequency communication was so advanced that it was able to organize nucleotides, which are the ingredients that make up DNA, in such a way that it could make brand new DNA. While other previous studies were able to show this, Montanye did something different that no other study had done. He removed all DNA from the water and introduced a frequency. That frequency was 7.38 Hz, Schumann Resonance. When introduced, the test tubes were producing new DNA helixes. When the frequency was not present, no new DNA formed. Thus we have a link between Schumann Resonance and the creation of life.

Even though Schumann Resonance could be confirmed by measurements at the time of discovery, it is now much harder to detect that resonance due to the fact that our atmosphere is now heavily inundated with man-made radiation and various frequencies. This suggests that our wireless technologies of today are drowning out the natural signal our mental and physical body requires to function in a healthy way. Could this be a link to the increase in cancer cases over the past few decades? Considering the importance of the Schumann Resonance as it relates to health and the creation of life, one would assume our energetically polluted air space is certainly not helping. 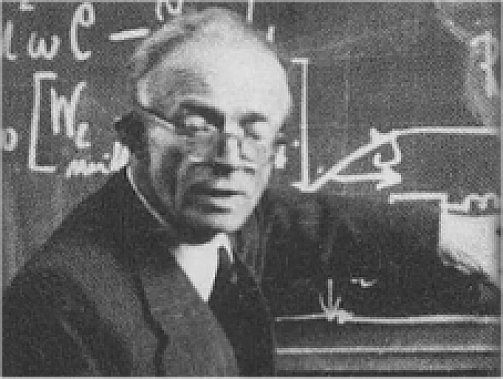 Winfried Schumann was born in Tubingen, Germany, the son of a physical chemist. His early years were spent in Kassel and in Berndorf, a town near Vienna. He majored in electrical engineering at the Technical College in Karlsruhe. In 1912 he gained a doctorate with high-voltage technology as his thesis.

Prior to the First World War, he managed the high voltage laboratory at Brown, Boveri & Cie.

The Munich laboratory subsequently became the Electrophysical Institute, where Schumann continued working until retiring from active research in 1961 at the age of 73, though he continued teaching for a further two years. Schumann was 86 years old when he died on September 22, 1974.