The History Of The Tin Foil Hat 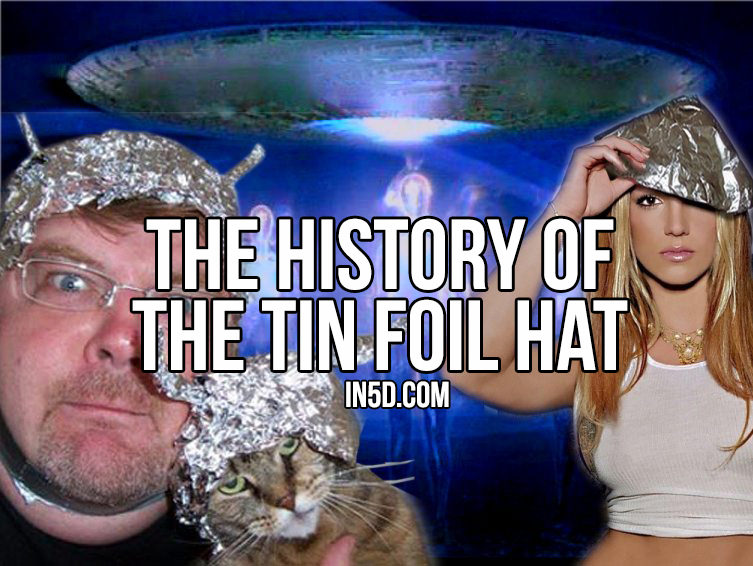 We have all heard of the tinfoil hat wearing conspiracy theorists but where did the aluminum foil hat idea come from, why do people wear tin foil hats and what are its origins?

Why would someone wear an aluminum foil hat? 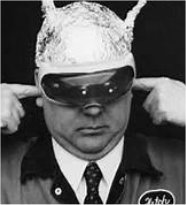 What is the oldest origin of tin foil hats?

One story states that the tin foil hat has its origins tied into the opposition of freemasonry when it began in 1717.  As the story goes, non Freemasons were suspicious of the brotherhood and believed that the Mason were using forms of mind control on them.  They began their own fraternity, called the “Mad Hatters” and upon learning about the protective properties of aluminum foil, they created their own hats made of this substance.

The Mad Hatters believed if you were wearing a tin foil hat, you were impervious to the mind control of the Freemasons. 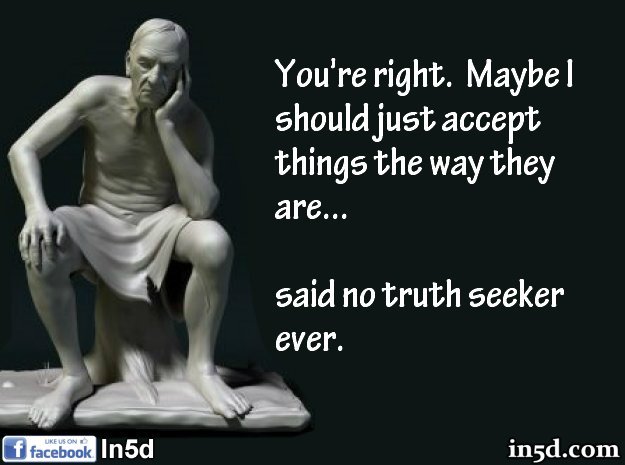 What is the oldest recorded use of tinfoil hats?

The first recorded use of tin foil hats happened in 1927 as derived from a short story by Julian Huxley entitled, “The Tissue-Culture King” in which the protagonist discovers that “caps of metal foil” will block the effects of telepathy”.  This was published in “The Yale Review” in April of 1926. 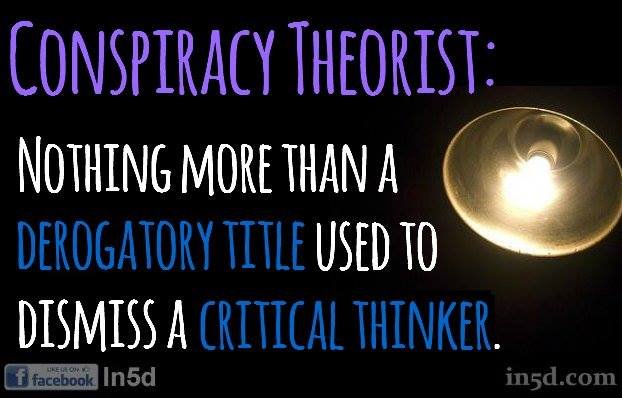 The following is an excerpt:

Well, we had discovered that metal was relatively impervious to the telepathic effect, and had prepared for ourselves a sort of tin pulpit, behind which we could stand while conducting experiments. This, combined with caps of metal foil, enormously reduced the effects on ourselves.

Is there any scientific basis for wearing a tin foil hat?

The notion that a tin foil hat can significantly reduce the intensity of incident radio frequency radiation on the wearer’s brain has some scientific validity, as the effect of strong radio waves has been documented for quite some time.

A well-constructed tin foil enclosure would approximate a Faraday cage, reducing the amount of (typically harmless) radiofrequency electromagnetic radiation passing through to the interior of the structure.

A common high school physics demonstration involves placing an AM radio on tin foil, and then covering the radio with a metal bucket. This leads to a noticeable reduction in signal strength. The efficiency of such an enclosure in blocking such radiation depends on the thickness of the tin foil, as dictated by the skin depth, the distance the radiation can propagate in a particular non-ideal conductor. For half-millimetre-thick tin foil, radiation above about 20 kHz (i.e., including both AM and FM bands) would be partially blocked, although tin foil is not sold in this thickness, so numerous layers of tin foil would be required to achieve this effect.

A scientific research report entitled, “On The Effectiveness of Aluminum Foil Helmets: An Empirical Study” was done in 2005 and it looked at the efficacy of three different styles of tin foil hats: The Classical, The Fez and The Centurion. 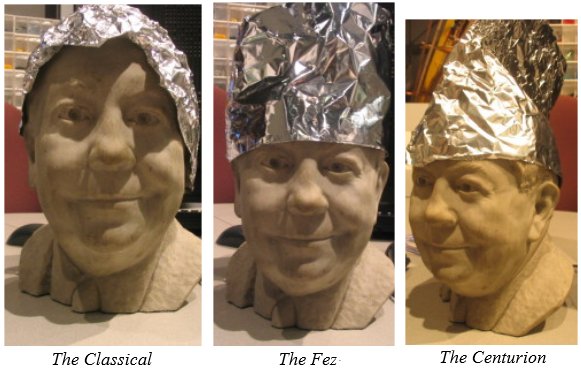 In a slight contrast to the effects of the Faraday Cage, their results found the following:

The helmets amplify frequency bands that coincide with those allocated to the US government between 1.2 Ghz and 1.4 Ghz. According to the FCC, These bands are supposedly reserved for ”radio location” (ie, GPS), and other communications with satellites. The 2.6 Ghz band coincides with mobile phone technology. Though not affiliated by government, these bands are at the hands of multinational corporations.

It requires no stretch of the imagination to conclude that the current helmet craze is likely to have been propagated by the Government, possibly with the involvement of the FCC. We hope this report will encourage the paranoid community to develop improved helmet designs to avoid falling prey to these shortcomings.

Interestingly, there was a video of this but it was removed from YouTube.  Is this a conspiracy?

The M.I.T. results do not dismiss the properties and effects of the Faraday Cage but it does give some credence to the types of frequencies that foil can block and to what extent the Ghz. range is in which the tinfoil hat would be ineffective.

Tin For The Win!

In an archived article in 2007, aluminum foil hats can actually be used in defense of the Raytheon Active Denial System technology:

Save your aluminum foil “hats.” According to a technology expert who is familiar with the Raytheon Active Denial System (ADS), tested January 24 at Moody Air Force base in Georgia, 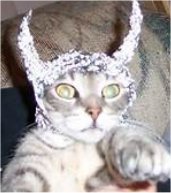 the millimeter microwave directed beam weapon can be defeated by a crowd of people using aluminum- or gold-coated Mylar to conduct the beam to ground or even direct it back to the Humvee housing the ADS system. Although the Humvee is shielded, any law enforcement or military personnel standing near the Humvee would get a burning taste of their own medicine if the directed beam were reflected back to its source or to a crowd of police. In addition to aluminum or gold coated Mylar, Mylar reflective space blankets, aluminum coated windshield heat protective screens, and more sophisticated and precise corner cube retro-reflectors or Luneburg spheres can all be used to reflect the millimeter wave beam back to its source. 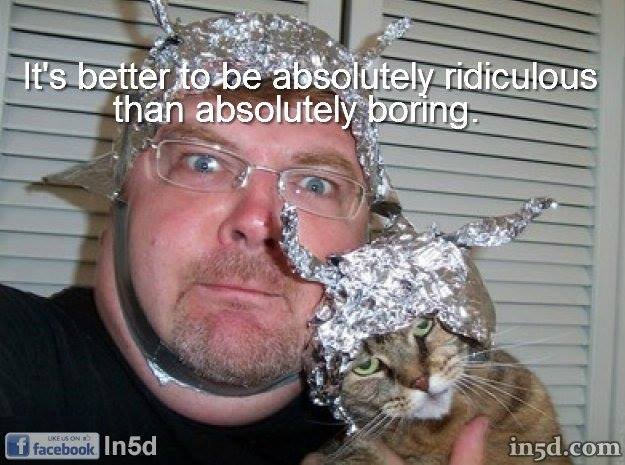 Regardless of whether you wear a tin foil hat or not, the history of it is quite fascinating.  Now, I’m off to the store to buy some aluminum foil….