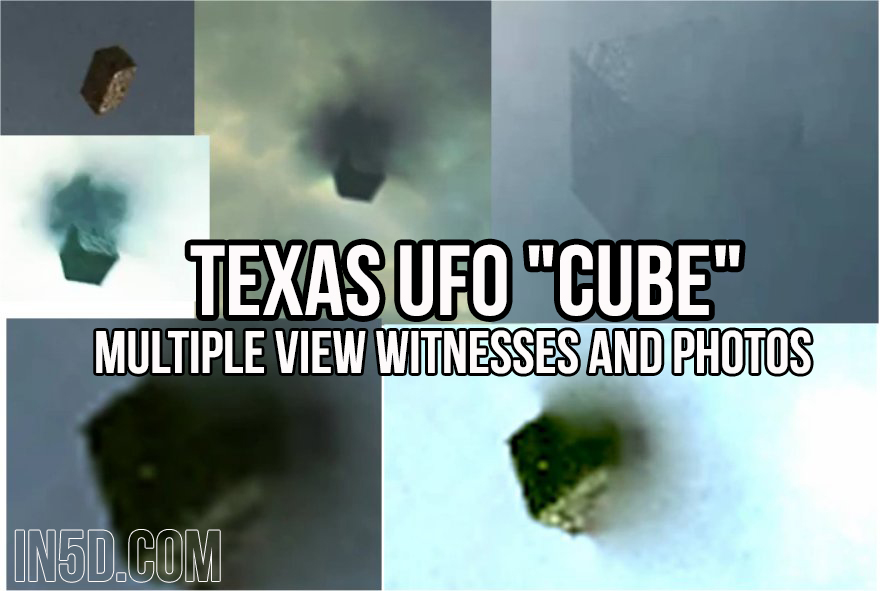 On June 29th, 2015, a UFO “cube” was seen emerging out of the clouds by multiple people in Texas.

The video of the photo compilation was released by YouTube user secureteam10.

Walter C. Lance of El Paso, Texas was the first person to submit the photographs to secureteam10. Lance stated he took the photographs on June 29th, 2015 around 1PM central time during his lunch break.

According to secureteam10, Lance stated that it began to get very windy outside when a portion of the clouds began to “swirl and circle in on one another forming this portal shape”. The area within this circular vortex turned “jet black” which is when Lance took out his cellphone to take the following pictures: 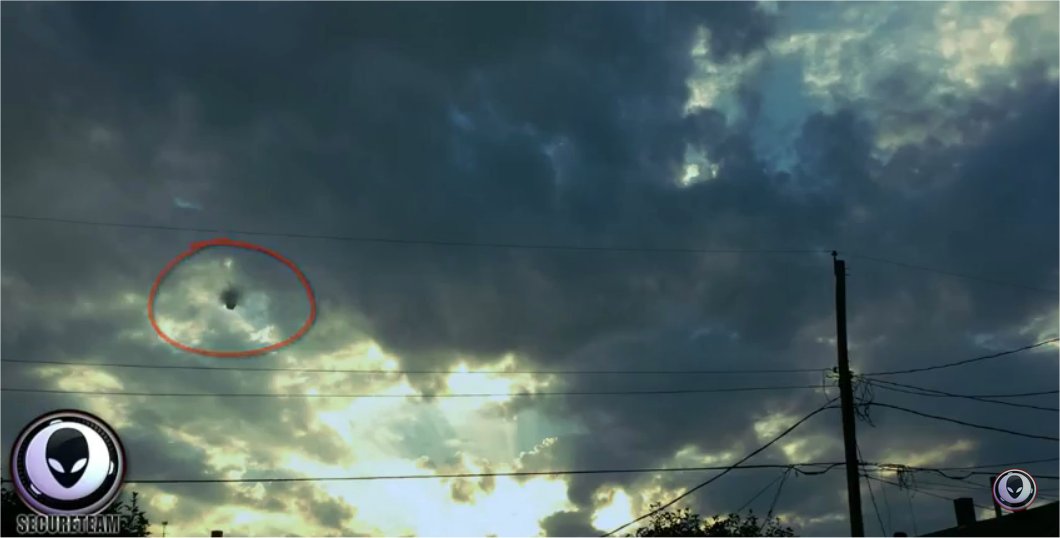 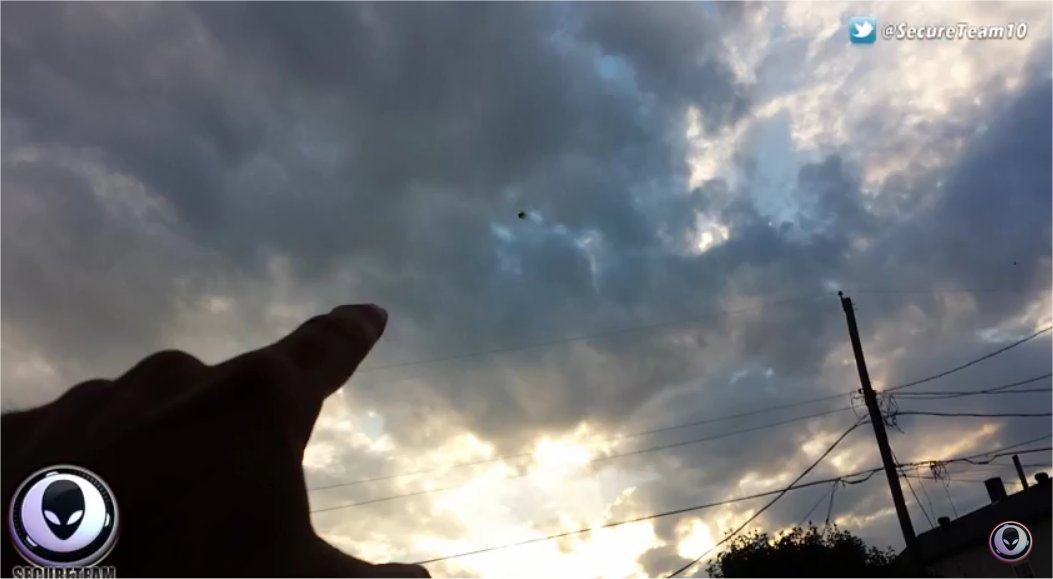 This is what the UFO cube looks like when zoomed in on the image: 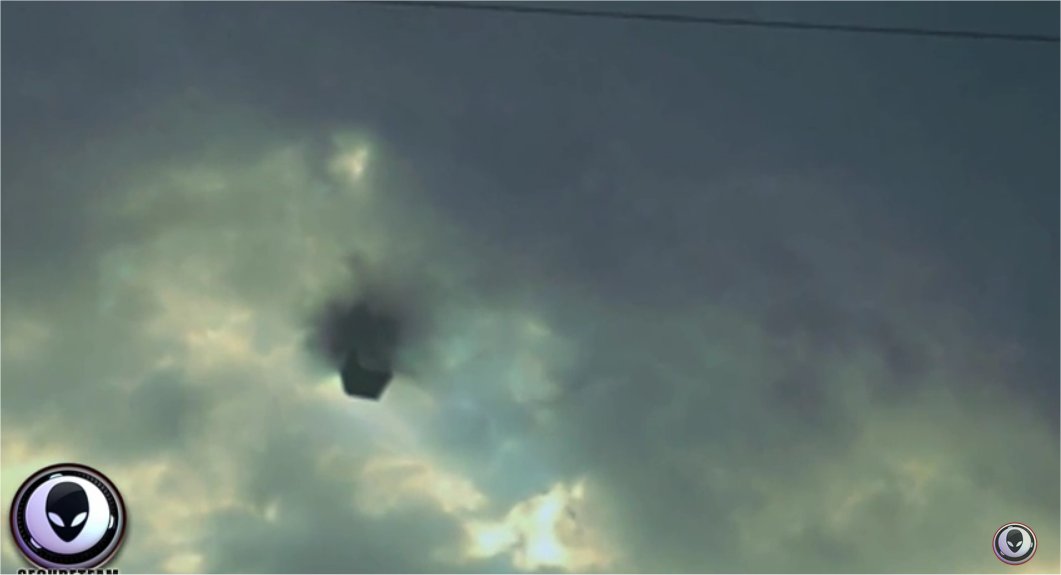 The first thing that comes to mind is the cube shape and how the cube is tied to Saturn, which in astrotheology is “Satan” which I go into a lot more detail in the article, “Saturn – Why Are We Worshiping The Cult Of EL?“.

The following is an excerpt from that article:

Semitic civilizations referred to the god Saturn as “El” who is the supreme deity and represented by a black cube.

If you look at the etymology of the word Kabbalah, Kabba = cube and alah (allah) means God, so you get the Cube of God. 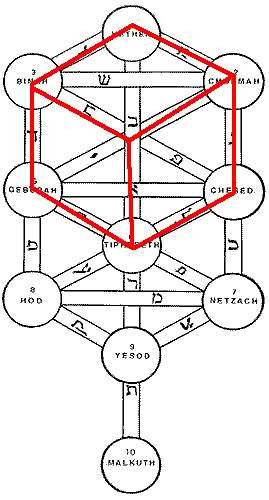 … then who are we truly giving our energy to?

A third image captured on film shows a rectangular shape to this UFO: 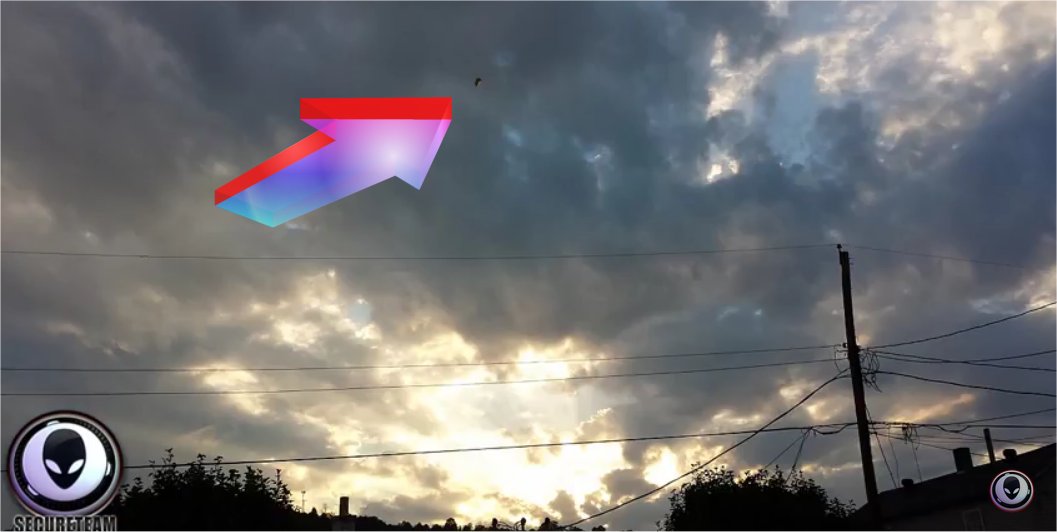 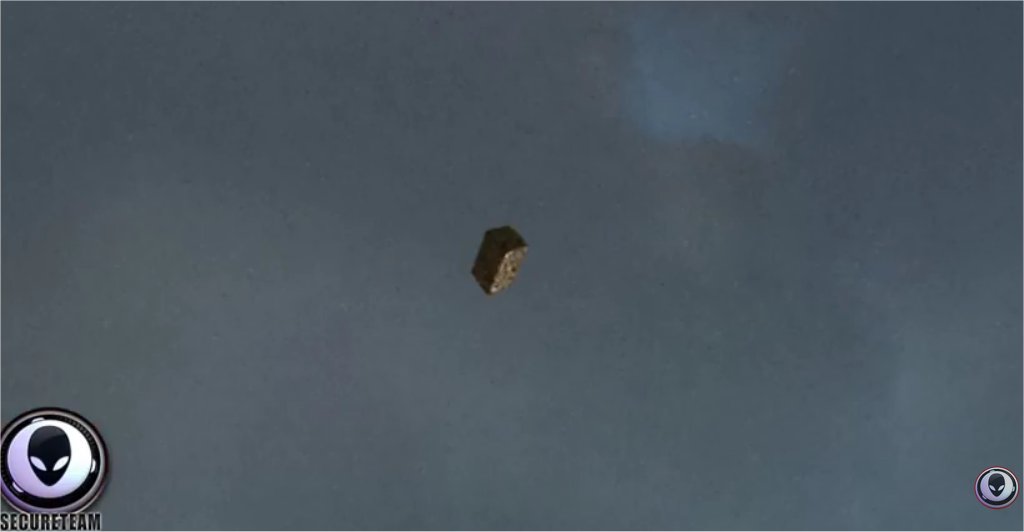 A second eye witness also saw this cube shaped UFO about a mile away from the first eye witness as she was returning back to work from her lunch break.  She noticed a “square shaped figure moving through the clouds and thought it was a balloon but after watching it, she realized the enormity of its size with designs around it and a “faint, magnetic oscillation-type humming” that seemed to emulate from the craft.

She was also able to get a picture of this UFO: 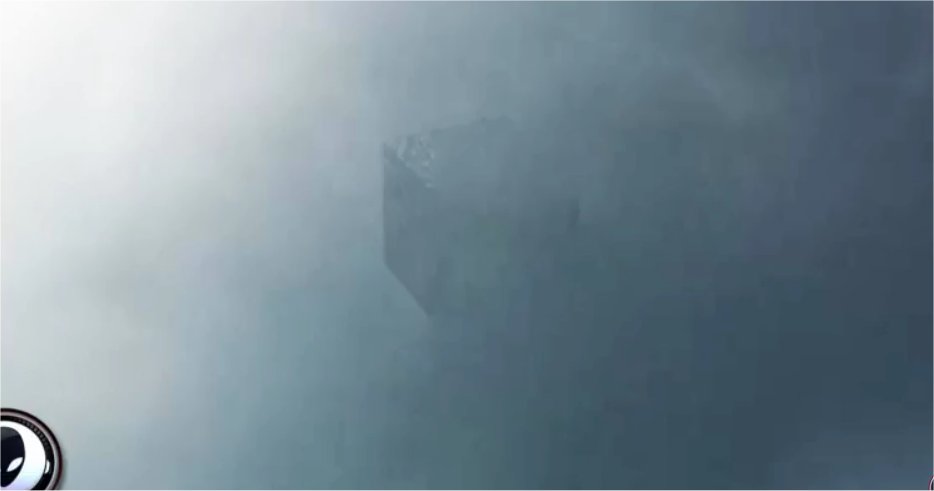 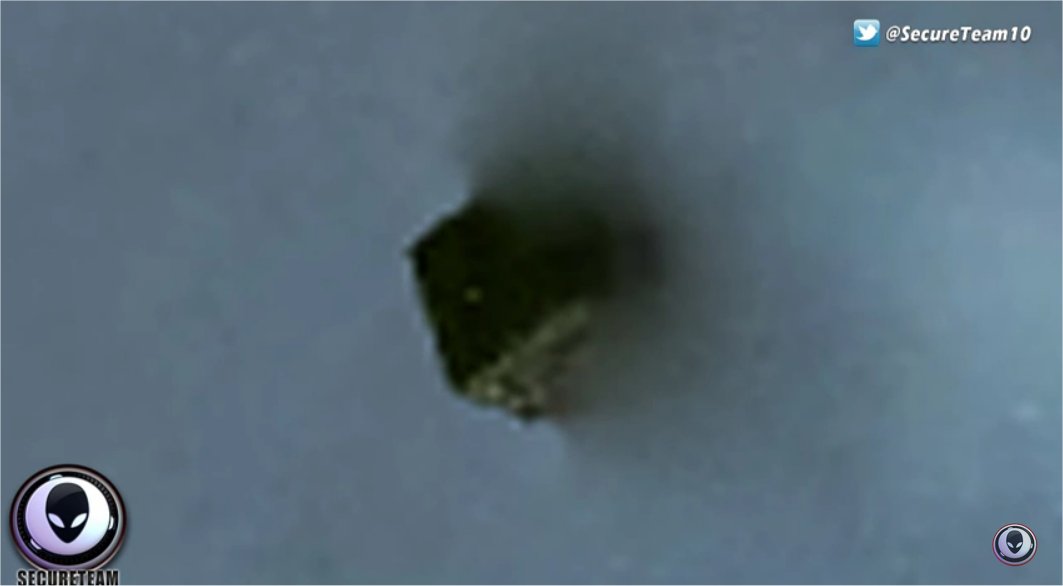 Zoomed in and enhance filter photos: 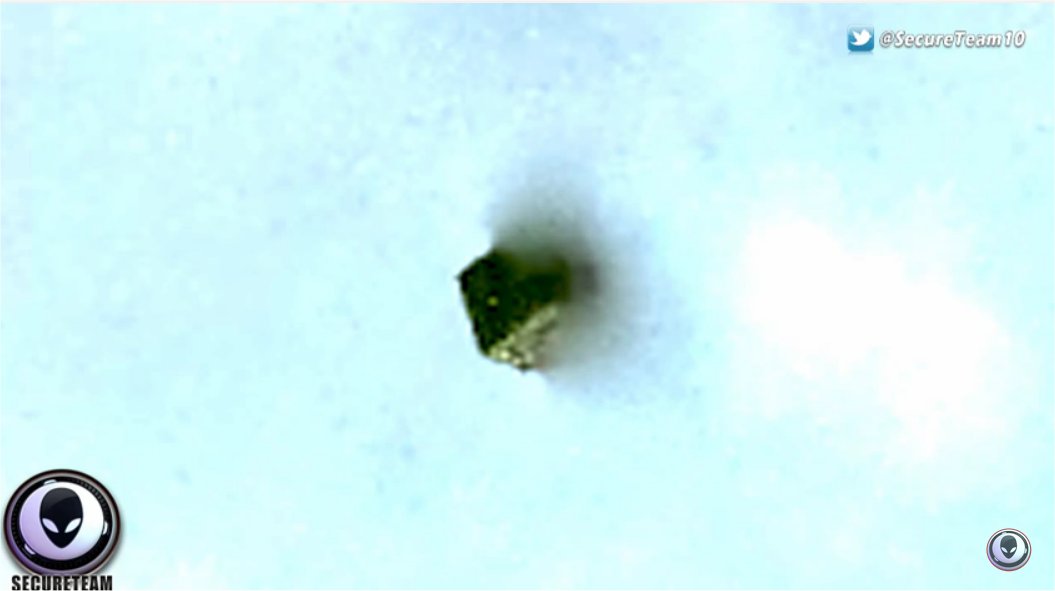 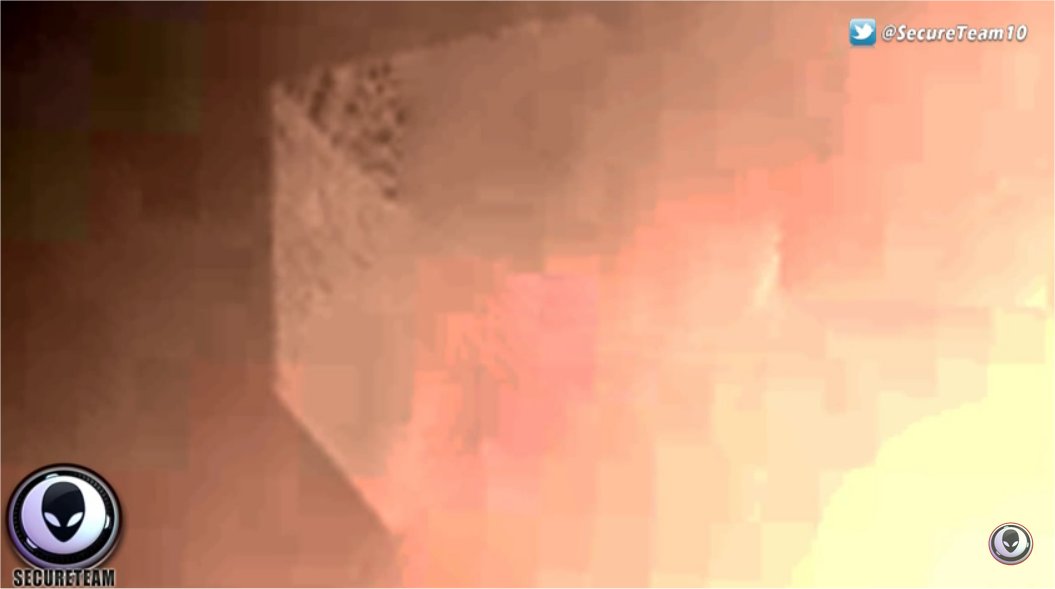 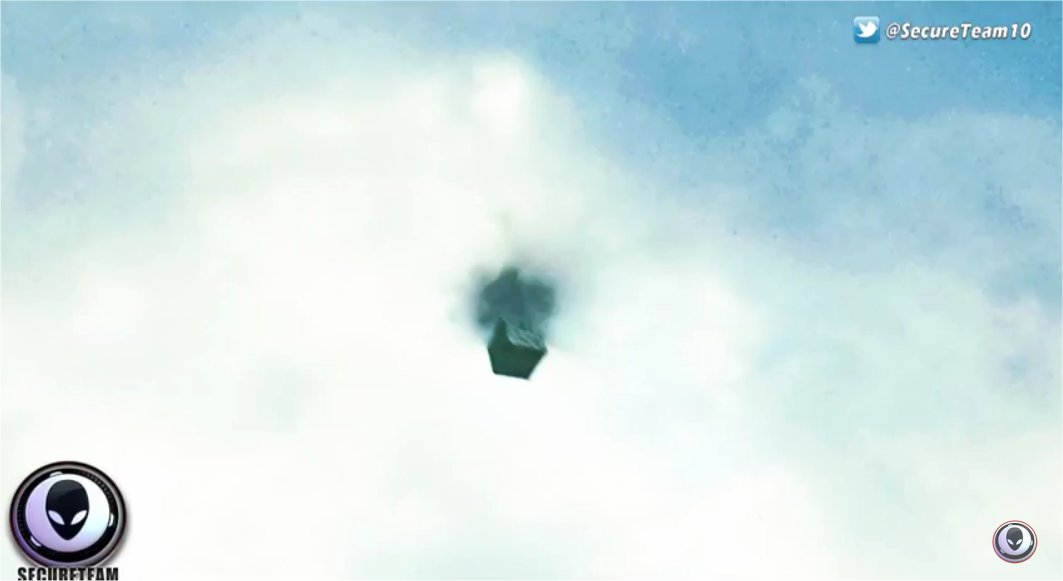 The following is her UFO testimony:

In recent news, contactee Corey Goode speaks of the Blue Avians, who are benevolent extraterrestrials that are watching over our planet in blue spheres, which is in sharp contrast to the cube shape:

Are benevolent beings here watching over us and helping us to a new level of spiritual evolution?  Goode has a Facebook page called Sphere Being Alliance, where you can follow his latest news.

At the highest level of Freemasonry, the motto is “Ordo ab chao” which means “Order out of chaos”. It’s apparent that we are being set up for the “end times” to which we are living in right now and this is all based on chaos because when we live in fear, we can be easily manipulated.

Is it possible that we’re being set up for a false flag alien invasion via a Project Bluebeam type scenario?

Are malevolent, archontic-type beings here siphoning our energy through fear?

It’s quite obvious that an official UFO disclosure is imminent but one thing we can be assured is that it will be skewed towards the viewpoints of the church and military industrial complex. Unless benevolent ET’s can broadcast their message on every channel, in every language, and in every country, you can be assured that the mainstream media will twist any official disclosure to benefit those in power who have kept us in subservience, control, and conformity for thousands of years. 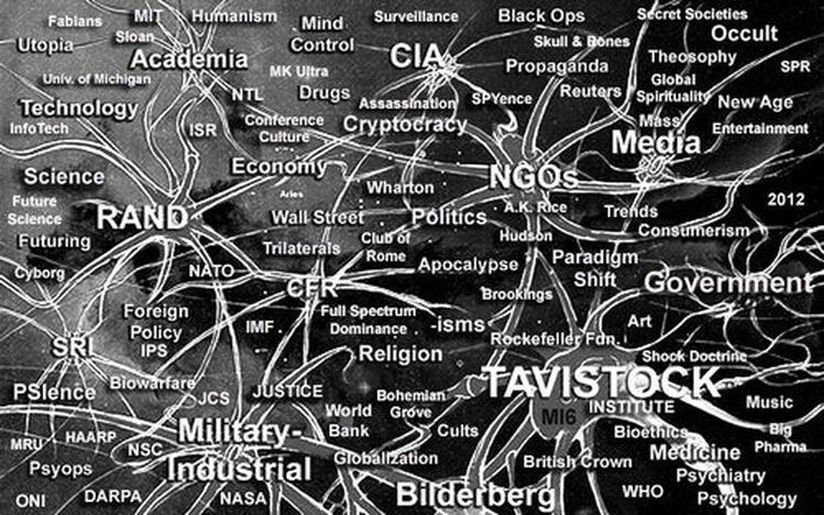 As for the cube shaped UFO, it is unclear whether this is a real UFO or possibly a PSYOPS hologram created by those in power as a test to see how we would react to this anomaly.

What my gut is telling me is

If this is a real, cube-shaped UFO, then it probably is not here in humanity’s best interests based on my research of the cube and its ties to Saturn/Cronus/Satan.

Most likely, it’s some elaborate hoax, a marketing ploy, a hologram, or a PSYOP designed to classically condition our minds in preparation for an “official” UFO disclosure.